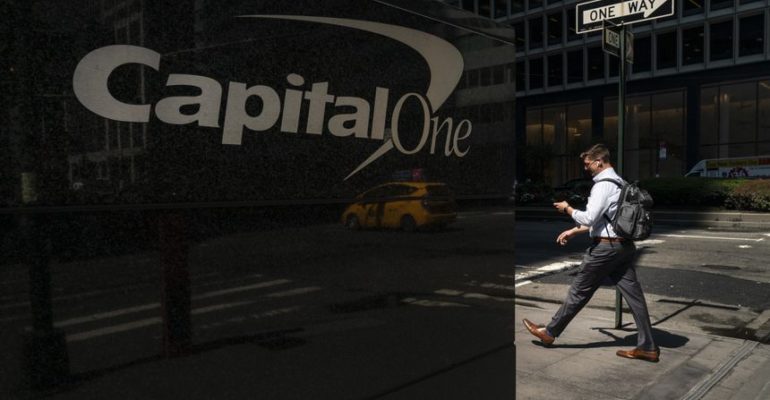 Move to Amazon’s cloud is partly what is prompting the bank to hire more than 3,000 technologists by year-end

Capital One Financial Corp. wants to hire more than 3,000 technologists by year-end, partly as a result of its migration to Amazon. com Inc.’s public cloud, a transition the bank is using as a selling point for new hires.

“The great thing about being in the cloud [is] that’s where engineers want to work,” said Mike Eason, senior vice president of engineering for data and machine learning at Capital One.

The bank is hiring about 1,000 more technologists in 2021 than in previous years, partly because of its cloud migration and focus on artificial intelligence, Mr. Eason said. Hiring more than 3,000 tech workers as planned would boost the bank’s total technology head count to about 14,000.

Last year, Capital One completed shifting all of its data, applications and information-technology systems to Amazon Web Services, moving away from using its own private data centers.

In the battle for technology talent, Capital One is competing against technology companies, financial-technology upstarts and other banks that emphasize their tech prowess, such as Bank of America Corp. and JPMorgan Chase & Co. Capital One is offering competitive compensation packages to the new tech recruits, a spokesman said.

About 75% of the company’s 3,000 new technologists will be software engineers, and many of them will specialize in AI, Mr. Eason said.

Access to almost unlimited compute power is especially useful when engineers are building AI-based applications that require vast quantities of data, Mr. Eason said. “AI going forward is a big focus for us,” he said, adding that the technology is being infused into almost every part of the bank, including fraud detection, customer service and credit risk modeling.

The bank’s use of the cloud could help attract more technology talent, said Stephen Greer, senior analyst at Celent, the research and advisory division of management consulting firm Oliver Wyman. “The opportunity for growth in the field of technology is all within the realm of cloud,” Mr. Greer said.

Capital One for years has prioritized building most of its technology in house—a task that has been enabled by public cloud services. The cloud’s “elastic” compute capacity, which gives engineers the ability to “spin up” additional compute resources when needed, was critical during the coronavirus pandemic, Mr. Eason said. For example, IT staff spun up compute power in the cloud to handle large spikes in demand for customers checking account balances online when the economic stimulus payments were distributed last year.

Last year, Capital One was fined $80 million over a 2019 hack that compromised the personal information of about 106 million card customers and applicants. The hack was the result of the bank’s failure to establish an effective risk-assessment process before transferring IT operations to the public cloud, according to a banking regulator.

“This type of vulnerability is not specific to the cloud,” Mr. Eason said. “In fact, the speed with which we were able to diagnose and fix this vulnerability, and determine its effect, was enabled by our cloud operating model.”

Capital One’s new tech hires will be based at locations around the country, including at its headquarters in McLean, Va., as well as offices in Cambridge, Mass.; New York; Chicago and Plano, Texas.

The company is moving to hybrid-work mode in September, with three days in the office and two days remote, but that could change later as the company determines what works best for its employees, Mr. Eason said.

Select the fields to be shown. Others will be hidden. Drag and drop to rearrange the order.
Click outside to hide the comparison bar
Compare